At a time of heightened civic and political awareness in the United States, Americans are looking for their corporate neighbors to be more engaged than ever before.  In partnership with FORTUNE for their September cover story, NPSG conducted a national study to better understand the intersection of corporate America, civic engagement, and the current political climate.  The results show that there is a willingness — and even an expectation — from the American public to support companies that are engaged with communities.

These expectations play a role at every level of the relationship a person has with a corporation — whether as a consumer, employee, or distant observer.   For consumers, we found that they were more likely to buy from companies that were active in their communities.  For employees, we found that they want their employers to do more.  And as citizens, Americans think companies need to do more than give money to charity — they need to have tangible programs that improve the world around them. 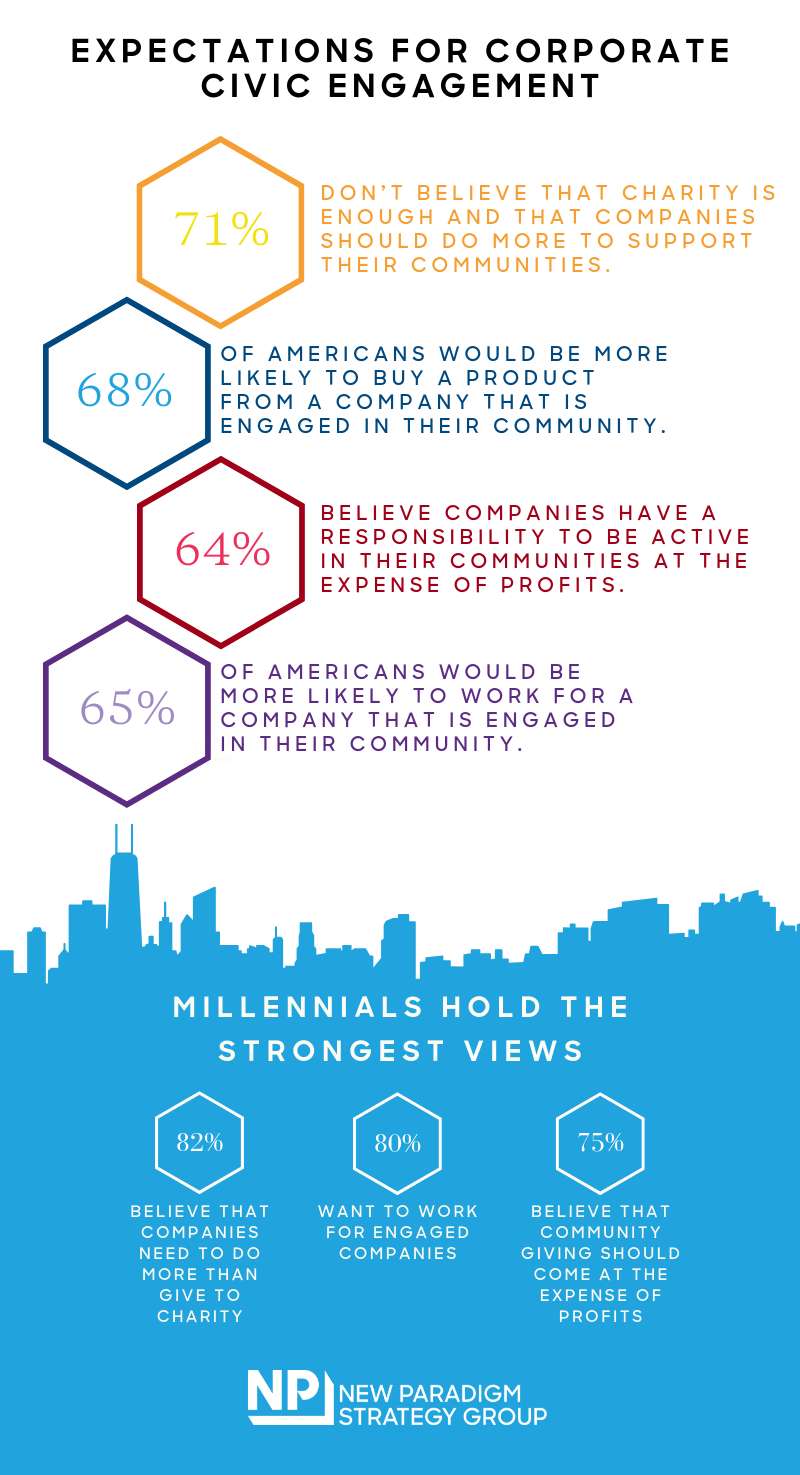